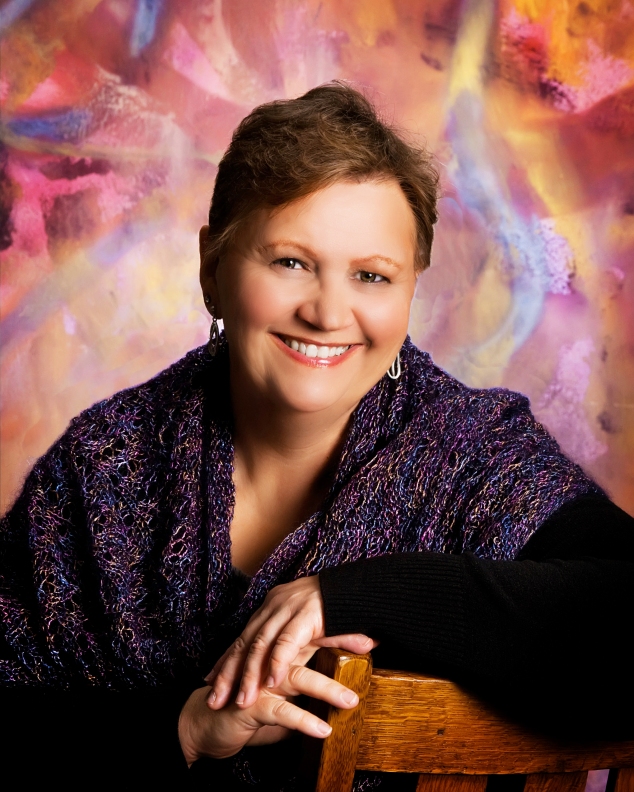 Kris Fletcher writes about small towns, big families, and the love that grows despite them. She has a thing for underdogs, which probably explains her lifelong devotion to the Toronto Maple Leafs. Kris shares her central New York home – fondly known as Casa Kitty – with her husband, however many of their kids are currently in residence, two cats, and a large population of wild killer dust bunnies.

Q: Hold on. Harrison Ford? As in Han and Indy?

A: You betcha! Here’s the scoop: I didn’t meet him in the oh-so-awesome flesh. (Insert heavy sigh here.) I wrote an article about him for the newsletter of an organization for stay-at-home moms. One woman who read the article passed it on to her sister, who worked for an organization whose Board included Mr. Ford. At the next meeting she passed him the article, he read it (I am told he chuckled), and signed it. It now resides in a place of honor in my office.

Q: What do you mean by “however many of their kids are currently in residence?” Are you running a home or a volleyball game?
A: My kids span a wide range of ages, mostly because of the varied ways they joined our family. My three biological kids – known online as The Geek, Maestro, and The Mensch – are all legal adults, working and/or in university. They flow in and out of the house accordingly. My official daughters, Her Royal Highness (HRH) and the Tsarina, were adopted from China and Russia. They are much younger than their brothers and are still in middle & high schools. The Geek is married to the Geekess, and Maestro is engaged to The Saint. And then there’s our honorary daughter, the Fraulein, who lives in Germany (she was with us for one year as an exchange student) but every once in a while manages to return to her second home here at Casa Kitty.
Q: Five of the seven continents, eh? Which ones are you missing?
A: Antarctica (which I highly doubt I will ever remedy) and Australia (and that one, I would LOVE to change.)

Q: Aha! You said “eh!”
A: Yep. I’ve lived in the United States for a good thirty years, and hold this country in great respect and affection, but my heart and my citizenship still fly the Maple Leaf. God Save the Queen, and GO LEAFS!

One thought on “All About Moi”