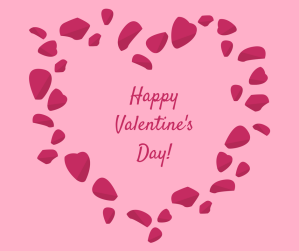 wondered what would have happened had their stories continued. Would the lovers stay together? Marry? Have kids? Move to South America and go on a crime spree?

With that in mind, for Valentine’s Day this year I thought it would be fun to take a walk down memory lane and check in with the heroes and heroines of my past books.  Some of them made cameo appearances in stories that came after theirs, so not all of this will be new to long-time readers, but I’m hoping there’s a surprise or two in this list for everyone.

Sam and Libby (A Better Father) got married the Christmas after their story ended, which allowed them to easily work in a honeymoon around Libby’s teaching schedule. Sam updated Camp Overlook to enable it to be used as a wedding and conference venue in the non-camp months. Libby adopted Casey (who still sees his Aunt Sharon every month), and she and Sam have a daughter named Mira, in honor of her honorary Aunt Myra.

J.T. and Lyddie (Now You See Me) had a long-distance relationship while he finished up the school year in Arizona, but that gave Lyddie plenty of time to find a new job in the Ottawa area and get herself and her kids settled. Her daughter Sara found a wonderful music teacher in Ottawa. J.T.’s mother Iris and Lyddie’s mother-in-law Ruth share an apartment just ten minutes away. The new family includes a dog named Orion and a cat named Furball (both rescues).

Brynn and Hank (Dating a Single Dad) did indeed have the real wedding that Hank’s grandmother Moxie had craved. His daughter Millie was an adorable flower girl. Hank is still updating all the cabins and Brynn has just returned to her job as Director of Special Projects at Northstar Dairy following her maternity leave after the birth of their son Noah. Neither Hank or Brynn know it yet, but there is another maternity leave coming up. It seems they celebrated Valentine’s Day a bit early while Millie was at her mother’s, and Brynn is now pregnant with twins.

Ian and Darcy (A Family Come True) got married in Picket Fence Surprise and are now eagerly awaiting the birth of their first child together. Evan Paul North is due in April. Ian has been working hard to establish the Northstar Foundation, and will soon be hiring a new field officer to handle their international efforts. Darcy has cut back on her author assistant work to have more time with daughter Cady and prepare for little Evan, but she continues to act as her mother’s Godsend.

Heather and Xander (Picket Fence Surprise) are overjoyed to announce the arrival of Patrick Ian, 8 pounds 13 ounces, on May 31. Heather loves her job as Tourism Director, and is looking forward to returning when her maternity leave ends, but for the moment she is happily building her days around Patrick, his half-sister Millie, and his other half-sister Cady (not to mention Lulu the dog). Xander, who recently started volunteering with a program to help those newly-released from prison readjust to life outside, knows without a doubt that he is the luckiest man to ever walk the face of the earth.

Whitney and Jed (If I Fall) recovered nicely from their tree fort adventure and are walking around Comeback Cove in a state of bliss at finally being together. Even the fact that everyone they know has been expecting this for years can’t dim their happiness. Whit doesn’t know it yet, but Jed has a special Valentine’s Day gift picked out for her. It’s round and sparkly and he can’t wait to see how it looks on her left hand.

And as for Cash and Allie? Well, the adventure they began in Best Man Takes a Bride will continue in First Came Baby, which stars Allie’s sister Kate. So if you wanted to know what happened after Allie woke up to the truth, be sure to pre-order your copy!